New Delhi: Bollywood actor Sanjay Dutt’s daughter Trishala Dutt recently shared a scintillating picture of her posing by the pool at night. It appears the star kid had gone for a night swim in a white tube bikini as seen on her Instagram. She looked absolutely gorgeous and especially as she flaunted her angelic smile. In the background, there’s a huge fountain as well which adds to the beauty of the huge swimming pool. 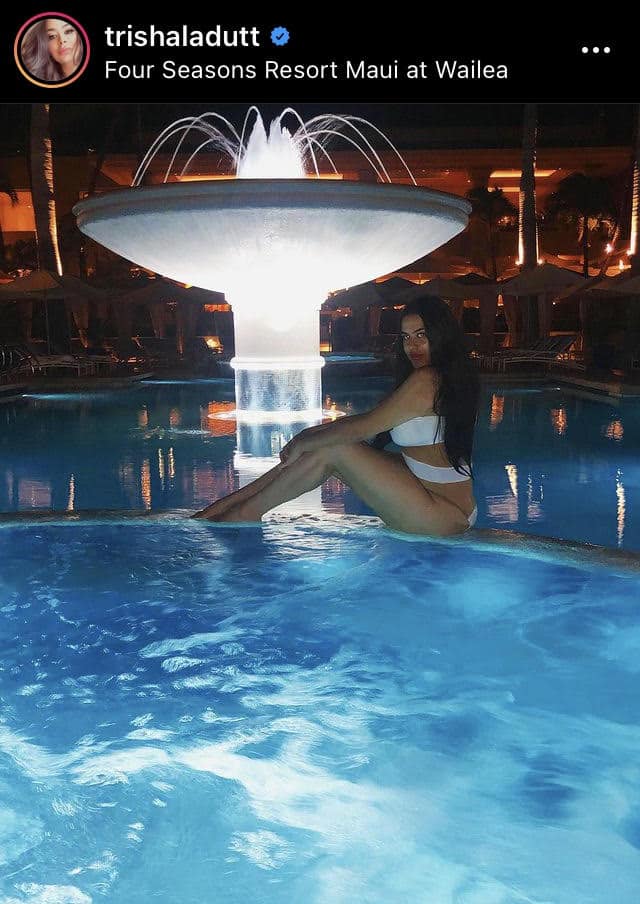 Trishala is Sanjay Dutt and first wife late Richa Sharma’s daughter. She stays in the US and was raised by her maternal grandparents. Sanjay Dutt’s first wife Richa Sharma died of a brain tumour in 1996. Trishala was just eight when she lost her mother.

Earlier, Trishala had shared how her boyfriend died in 2019 and it had a severe impact on her mental health. She also opened up about undergoing therapy post his death and said she had to quit her job too. She had breakdowns in public, developed an eating disorder, and had gained several kilos.